You are here: Home / Uncategorized / 5 Of My Favourite Movies 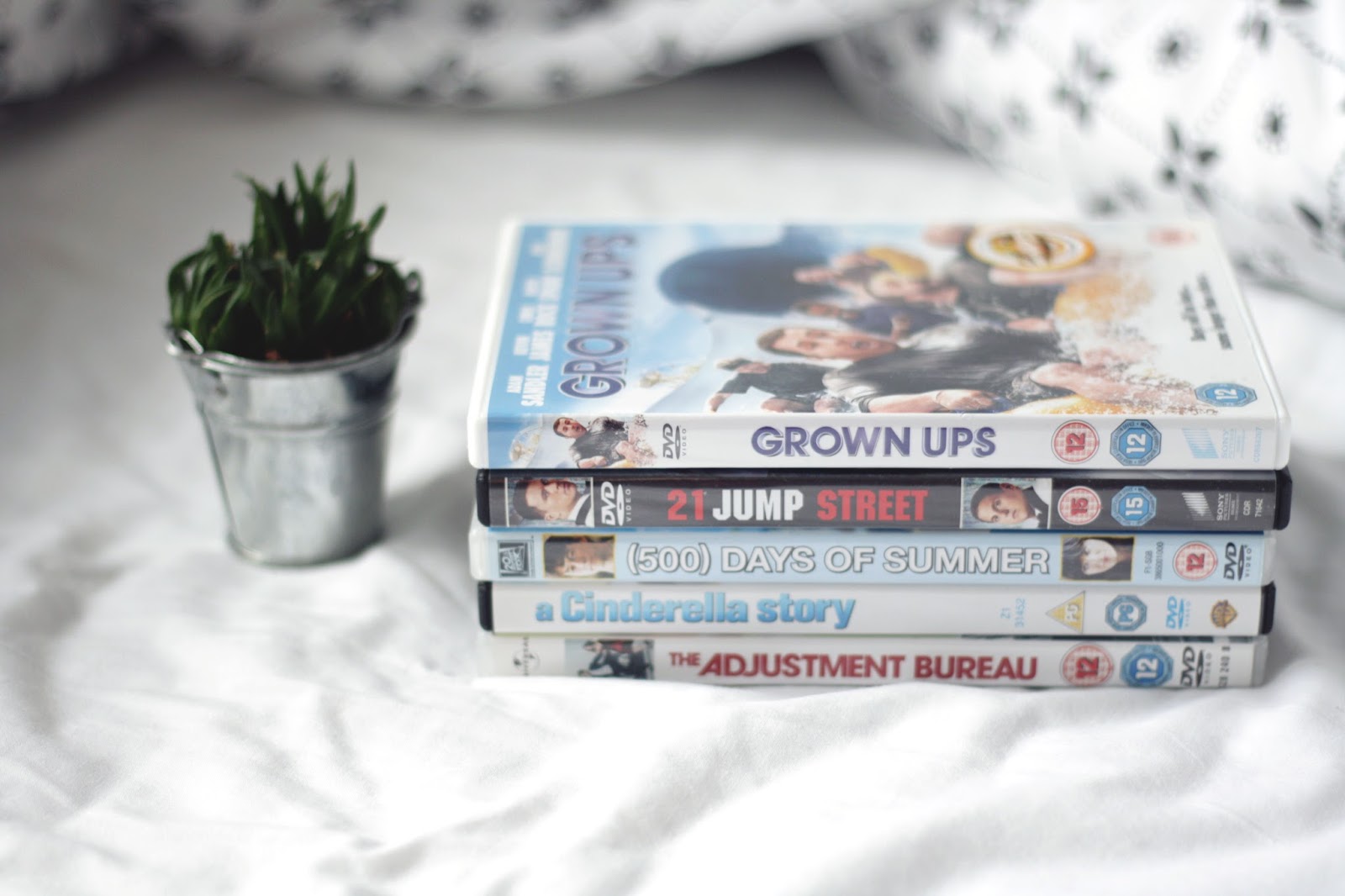 Alongside beauty and fashion, I really do have a passion for the film making world. From Youtube videos to DVDs I just love a good video/film. I definitely have more than 5 favourite movies but these are 5 movies that I do really love and I thought I’d share them with you.

This film is so underrated, I’ve heard little to no talk about this film from anybody. With two pretty famous faces its a movie I feel a lot of people would love. The main character being a man called David Norris (played by Matt Damon), he is an up and coming politician who meets ‘the girl of his dreams’ who inspires him to make a slightly life changing speech putting him out of an upcoming election. Unfortunately meeting this girl was not what was meant to happen for David, and the men in hats do everything in their power to get David on the right path again. Its a story about destiny, and to fully understand you really need to watch. I love how thought provoking yet sweet it is.

A rather different movie compared to the first one. This is your typical rom com, girly chick flick and I love nothing better than those sorts of movies. A Cinderella Story is about a teenage girl called Sam who’s parents died at a young age and has been under the control of her evil step mother ever since. She’s forced to work in her dad’s diner by her step mother to pay for her college tuition fee. Alongside this she has met the guy of her dreams online. They meet at a halloween ball and he makes it his quest to figure out who his ‘cinderella’ is, since he never found out her name. Its just a brilliant, light hearted film that you can never get bored of.

The way this movie is done and filmed is just incredible, I love it. Again two famous faces, Joseph Gordon Levitt (playing Tom) and Zooey Deschanel (playing Summer). I love the title of this because its a good play on words, instead of it being 500 days of the season summer, its actually Tom’s 500 days with Summer, the girl he falls madly in love with. It just shows their relationship through the various 500 days, the days skip back and forth and you almost feel part of their relationship. It warns you at the beginning it is not a love story and I love how its stated that, because you soon find out why.

Who doesn’t love a good old action comedy? I can’t stop laughing every time I watch this movie, its honestly just so brilliant. Also who doesn’t love seeing a bit of Channing Tatum on their screen? A story of two boys who want to become police officers. Except they’re really not that great at the job as you soon find out. They’re sent out on an undercover mission to figure out who is supplying a new drug thats going around high schools. This is honestly hilarious and has such a good storyline to it, if you haven’t watched this I really suggest you do!

Finally, Grown Ups. This movie is just a good old laugh. A story of a childhood basket ball team coming together after their coach dies, you get to follow them as they stay at an old school lakeside house with the teams families. They’re all very different and the main character has to hide the fact he’s pretty rich from the rest of them. There is so many laughs in this movie as they all basically take the piss out of each other the whole way through. Its such a feel good movie in my opinion that will again, never get old.

What are your top 5 favourite movies?