I’ve been meaning to read The Great Gatsby for a 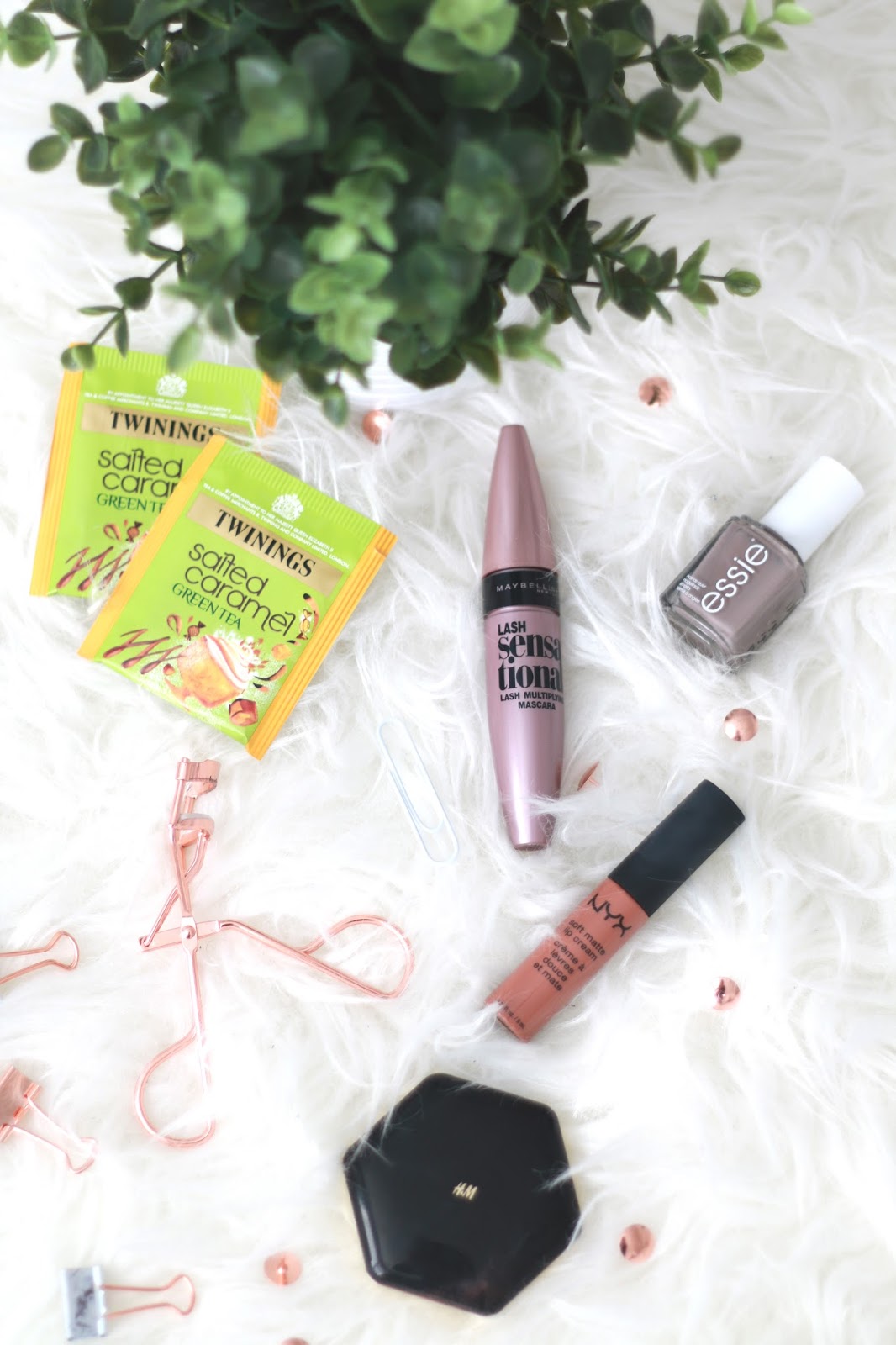 I’m not going to lie, I feel like January has dragged a bit and its been a bit of a downer of a month but I’m feeling a bit more optimistic now we’re heading towards February. I’ve still had a fair few favourites in January though which I’m excited to share!

Pretty much all month I’ve been obsessed with this stuff. I normally drink mint green tea, which is great before bed but I’ve just been loving this sooo much. I was skeptical at first because I mean, salted caramel and green tea together? Wasn’t so sure. But its just so warming, its great anytime of the day and generally tastes like a hug in a mug!

I’ve got through about two tubes of this stuff, but I sort of put it to the back of my makeup collection and forgot about it whilst I used the Marc Jacobs Velvet Noir mascara (which is so good). I decided I couldn’t afford to repurchase that mascara, so opted for the mascara I knew I loved. I’ve just really been enjoying it the whole of January pretty much, and forgot how good it was.

I bought this in the boxing day sales, and I’ve fallen in love with it. Its a gorgeous beige/grey colour, really unique. It lasts so well on the nails, better than any other Essie polish I’ve tried before weirdly enough. Just love this!

The soft matte lip creams are some of my favourite ‘liquid lipsticks’, although they aren’t very liquidy. Anyway, I picked up the shade Abu Dhabi at Beautycon back in December and haven’t really given it a proper chance until now. Its such a pretty mid tone brown that goes really well with a neutral or orange toned eye look.

I picked this up at the end of December when I was in Brighton. I was way too excited to see the Brighton store stocked their (fairly) new makeup range. I had been dying to get my hands on one of the blushers as they’d been so hyped about, and I mean that packaging tho! I ended up picking the shade rosy brown, which really is what it says on the tin. A rosy brown blush, that looks really natural on the cheeks but adds a good amount of colour.

What have your favourites been this month?