You are here: Home / lifestyle / Franco Manca Event In Reading 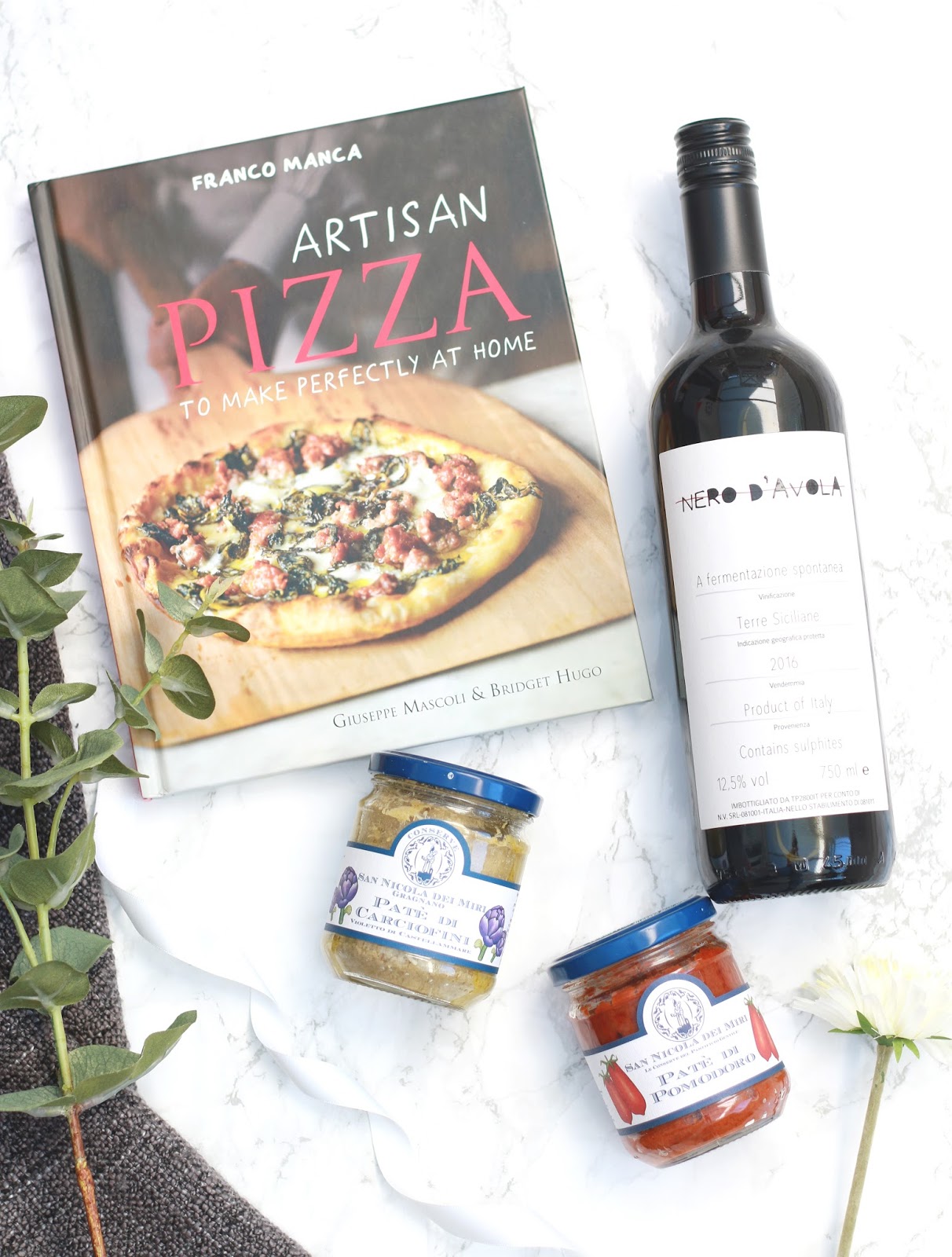 All the way back in July, myself and Ashia were invited to an event in Reading with Franco Manca.

I was far too excited about this, as it meant an evening of food, but more specifically, pizza. So off we headed to the Reading branch for an evening of carbs! 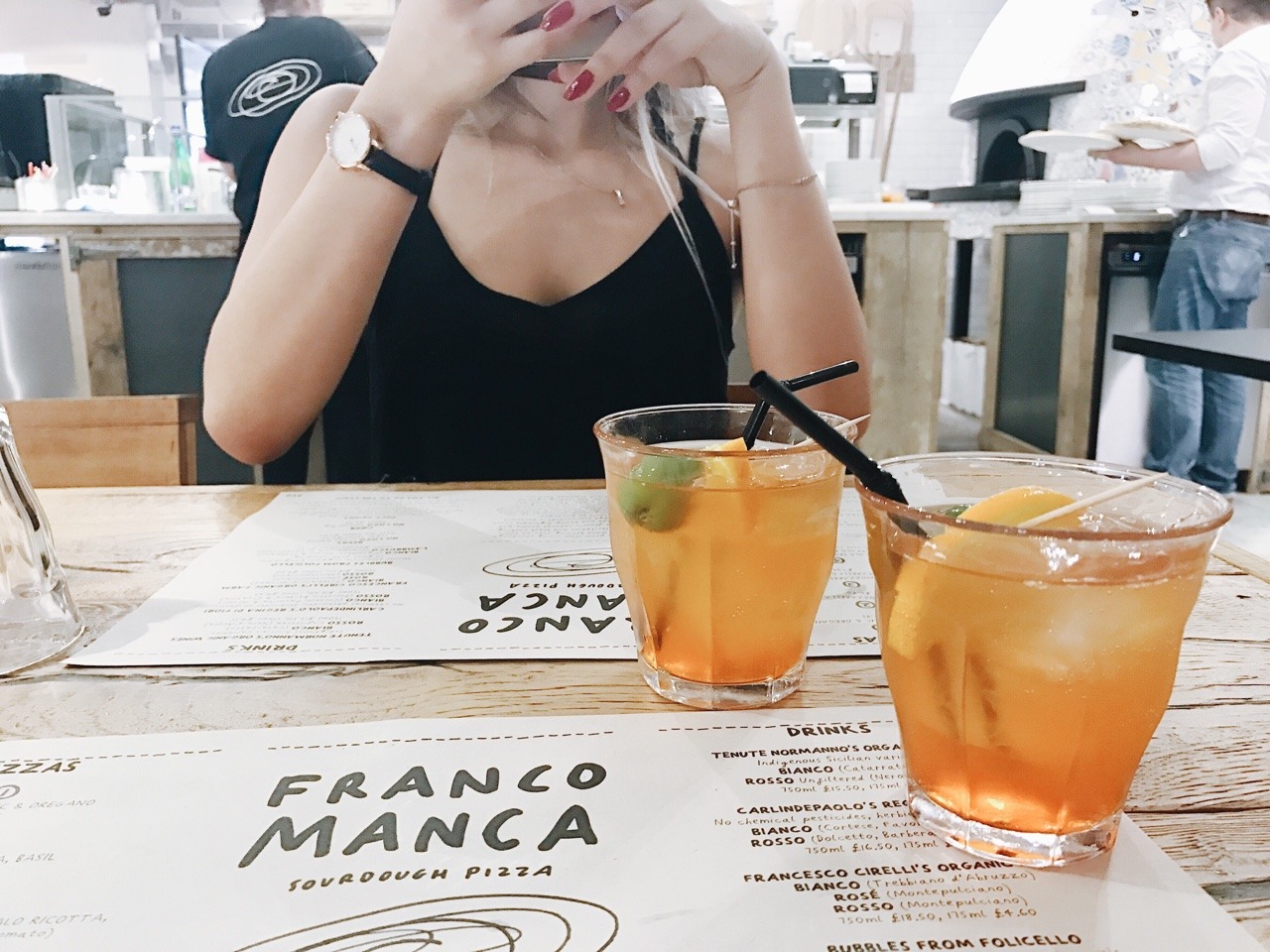 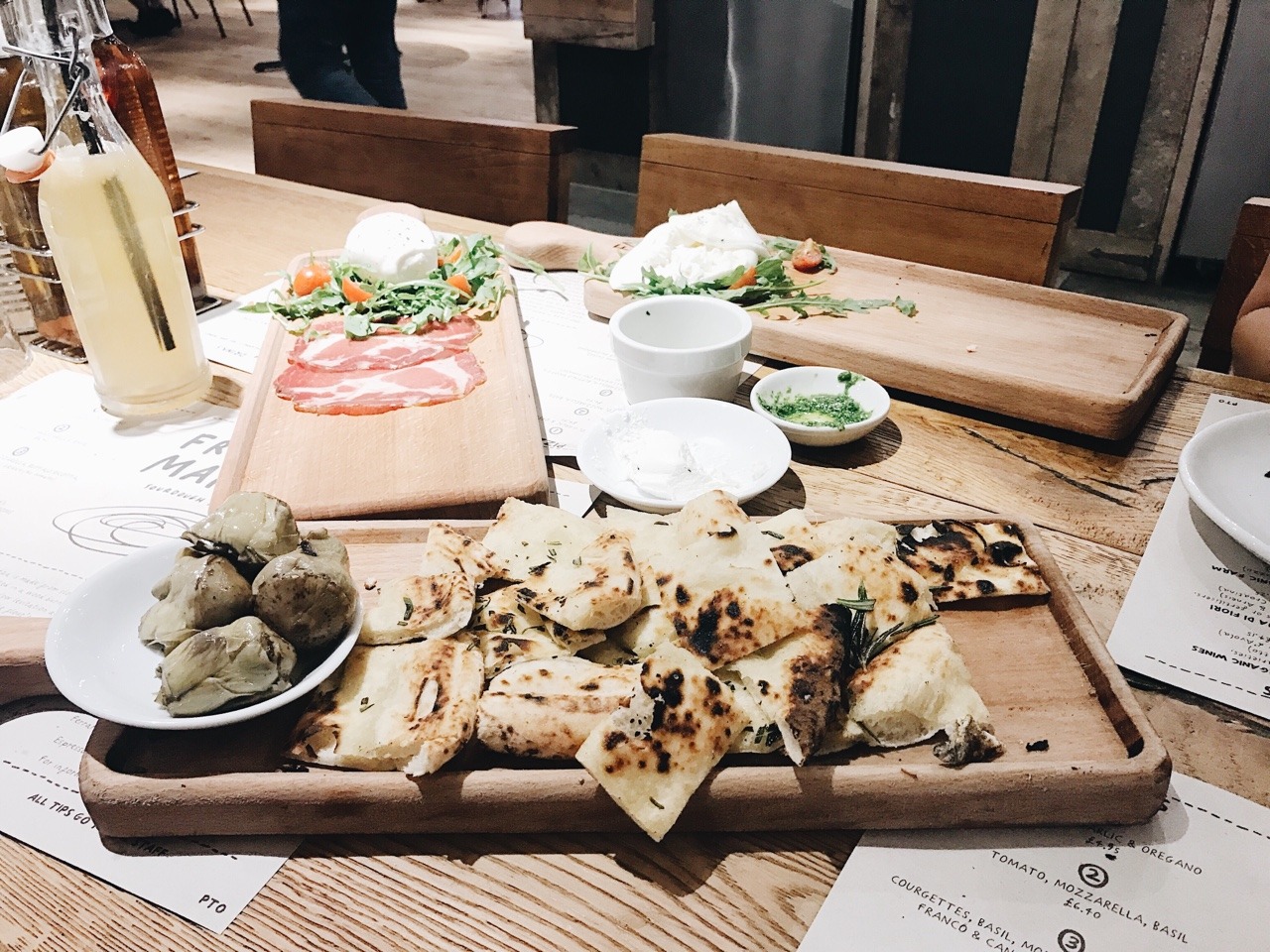 As we got there, we were greeted with a choice of drinks and we both went for the alcoholic option. However, neither of us were too keen so we ordered their fresh lemonade, which was so delicious. Then after a little while of chatting and meeting blogger, Lucinda Anderson, we were served starters. Firstly we had sourdough pizza base, with garlic pesto and goats curd to dip it into. Both were so yummy, and nothing like I’d ever tried before. Something very cool about Franco Manca, is that the garlic they use in/on their food is all hand picked by the head chef’s of each restaurant. Every year they all fly out to Italy, go the garlic farm and get picking. Thats then used in their restaurants across the UK throughout the year!

This wasn’t the only starter we got, a platter of meats came our way as well, unfortunately I didn’t try any of these, just because I don’t tend to eat meat when I’m out. But they also brought out three different styles of mozzarella, and each and every one was so tasty, I couldn’t get enough of it! Between our starters and mains, we got to watch a ‘tutorial’ of how they make their pizza bases. They’re a bit different to other places you may go, as its a sourdough base. It was cool to watch how its made and learn a bit about how the process works. We then got to sit down for mains, which obviously involved lots of pizza. There was your classic margarita (as you can see above), which was heavenly and probably one of the best margaritas I’ve ever had. We also tried a vegetarian option, which didn’t have a tomato base, but had different types of cheese on and included courgette on top of that. It was sooo yummy, and again, different to something I’d normally go for.

Once we’d done trying out most of the mains, we were asked if we wanted to make our own pizza, of course we took up on that offer. Off we went to the kitchen and started making our very own pizza. It was so fun, and making the pizza base was so much harder than I imagined! But anyway, I got to take my very own pizza home at the end of it.

Overall, it was a super fun night full of carbs, which I’m certainly not complaining about. We even got a lil Franco Manca pizza recipe book, some wine and some other goodies at the end which was so kind of them. Thanks Reading Franco Manca!