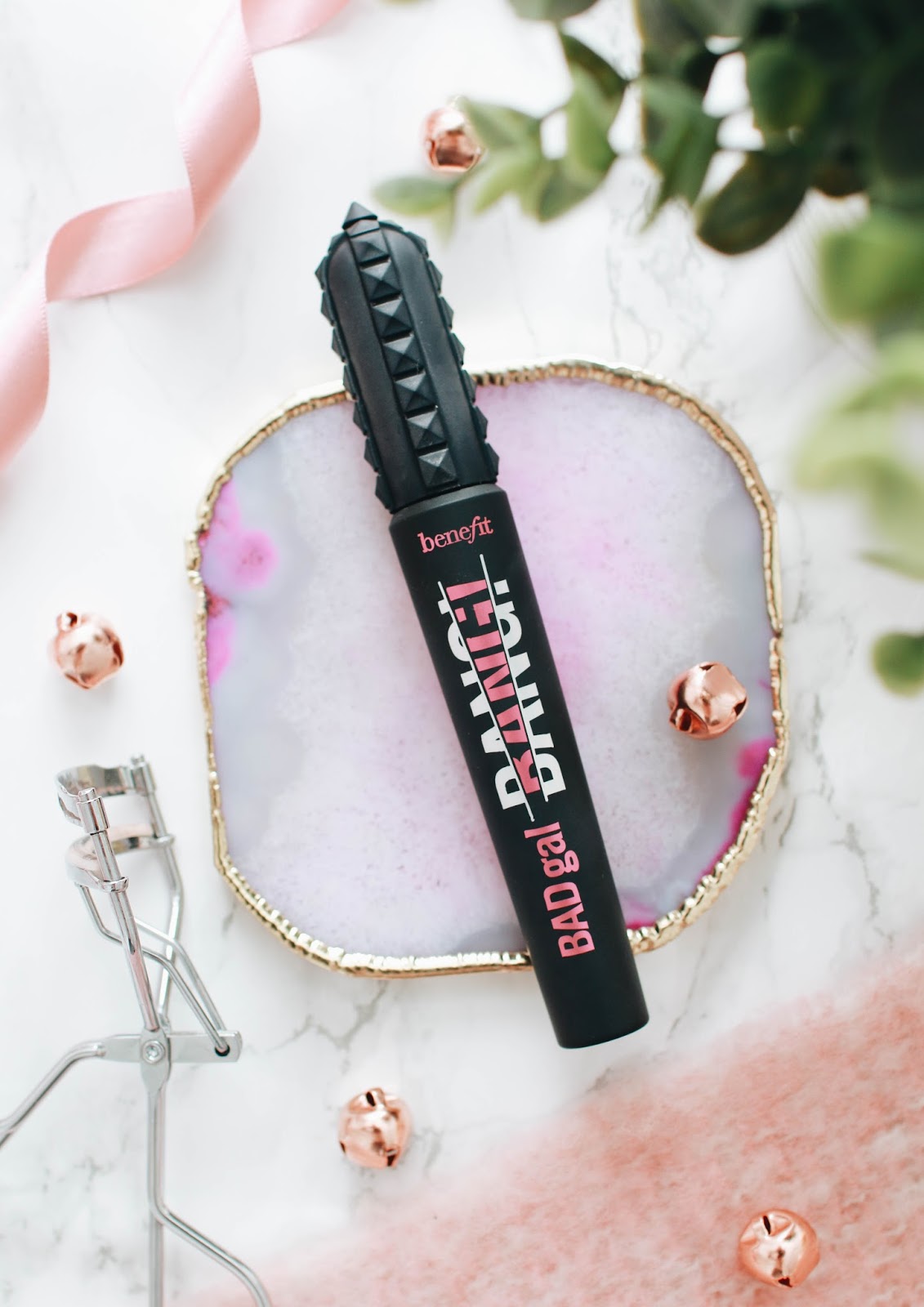 I feel like I’m going back to my original blogging roots by doing a single product review, haha. I haven’t done a post like this in a very long time, but I felt as though this mascara deserved it. This is the very hyped up Benefit BadGal Bang Mascara.

Benefit always go all out when they have a new launch, and the new BadGal mascara was no exception. As you probably saw, they sent a bunch of bloggers out to The Maldives…insane! Anyway, I digress. I never owned the original BadGal mascara, but I absolutely loved Roller Lash, and wasn’t sure any other mascara they brought out could top it. However, this comes in very close second.

This is advertised as a volumising mascara, but personally I see it as more lengthening. The wand is plastic, and has very thin bristles, which doesn’t equal volumised lashes in my opinion. But I do feel like this is very standard for Benefit, as pretty much all of their mascara wands have plastic bristles, so continuity and all that. Saying this, the wand is really good at getting hold of all my lashes, which can be a struggle with some cheaper mascaras.

The formula is quite wet in comparison to the likes of the Too Faced Better Than Sex mascara for example. This doesn’t bother me too much, as it doesn’t seem to transfer onto my lids when applying, so no issue there. However, I do think that because it has quite a wet formula, the whole volumising thing fails. Nonetheless, it grips every lash and really lengthens my lashes which I love. Its also a very intense black, which is a big thumbs up from me. The real make or break with mascara for me, is panda eyes. If by the end of the day I don’t have black smudges underneath my eyes from the mascara running throughout the day, its a winner. And I can confirm, this stays put all day without smudging, transferring, running or flaking away, which is what makes it such a fab mascara. Its also relatively easy to get off at the end of the day, and I don’t find myself vigorously rubbing my eyes until they’re sore, just to remove it.

So overall, this is a winner for me, despite not living up to the volumising statement, I still think its a fab mascara and great new launch from Benefit.